A look back at Tekken on the Playstation 3

There has been a lack of new arcade games or new arcade hardware to work with lately. This has given me time to catch up on games I missed or just never got around to playing.

After completing those games, I always end up playing some version of Tekken. I have been playing Tekken since Tekken 1 was released in arcades back in 1994. Thinking back, there were two arcades at that time in Savannah Ga. that had Tekken 1 arcade machines. The great thing about being a Tekken player in Georgia during the arcade days (Tekken 1 to 5) was great the competition that took place. People from Atlanta would come down to Savannah play us in our arcades and other times we would go to Atlanta to play them. Well that's enough about Tekken in the past, it time to move on.

Today I will look back at all of the Tekken games that were released on the PS3. The ratings listed are just how I feel about the each game. 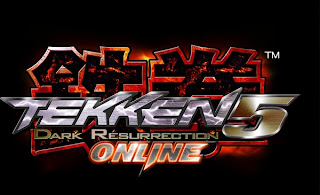 The Playstation 3 version of Tekken 5: Dark Resurrection has many differences from it's PSP counterpart, mainly as the PS3 version is a port of the arcade version. The first major difference would be graphics equivalent to the arcade version and the option to play in 1080p. A few game play elements have been changed, starting with Jinpachi Mishima as a playable character after beating him in Arcade mode. Also, item cost has been put into place, with in most cases items costing half their price compared to the PSP version. Also extra costumes are available from the start, and don't need to be paid for. The most significant addition is the new online play mode. This mode allows you to fight online with anyone in your continent (Europe, America and Asia) with total and weekly rankings, fight money and title (Kyu, Dan, Tekken Lord etc.). Like with most Online games you can either Quick join, Opti match (browse games with a similar level to your own), search for a custom one, or even host your own, changing rules such as time and rounds. Rooms follow a winner-stays-on basis with 2-6 people, with/without headset chat (chosen by the host). One flaw of online play is that headset chat can slow your room, and only players in your continent can be played against (though you can check foreign rankings).

The only other features missing are Story mode, Ghost downloads, Tekken Dojo, and a Customizing screen (items and color changes are done on the character select screen, but can only be seen in-game) though survival and practice where added as an update 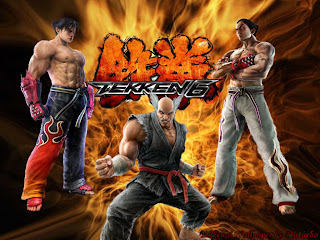 The second Tekken game released on PS3. Tekken 6 on the home consoles is a port of Bloodline Rebellion from the Arcade. There are several issues that plague the home console versions (PS3 & Xbox 360), however most issues are only apparent if you have played the Arcade version. Tekken 6 is a good game but not a great one.

Tekken 6 features bigger stages with more interactivity than its predecessors, such as walls or floors that can be broken to reveal new fighting areas. The character customization feature has been enhanced, and certain items have implications in some aspects of gameplay.
A new "rage" system has been added, giving characters more damage per hit when their vitality is below a certain point. Once activated, a reddish energy aura appears around the character, and their health bar starts to flicker in red. The rage aura can be customized with different colors and effects to appear like fire, electricity, ice, among others. Another gameplay feature added is the "bound" system. Every character has several moves that, when used on an opponent that is currently midair in a juggle combo, will cause the opponent to be smashed hard into the ground, bouncing them off the floor in a stunned state and leaving them vulnerable to another combo or additional attack. As of the Bloodline Rebellion update, successfully parrying a low attack will also put a character into a bound state. 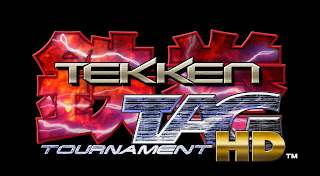 The third Tekken game released on PS3. This game was released as part of the Tekken Hybrid collection. For some people Tekken Tag is one greatest Tekken games ever made. The port for the PS3 is good however the lack of a online mode was a major disappointment.

Continuing the fighting mechanics from Tekken 3, Tekken Tag sees players battling in teams of two characters. At any point in the match, the player can hit a tag button to swap out with their other fighter, allowing the resting fighter to recover some lost health. The tag can be implemented in many ways, such as in between combos or utilising special throws. At times when a resting fighter's is flashing, that character can be tagged in to be given a temporary boost in strength. Unlike other tag games such as Capcom's Vs. series, players are defeated when only one of their fighters lose all their health, requiring players to be strategic about tagging their fighters. In the event of a timeout, the team with the most accumulative health remaining wins the round.

The game features over 35 characters that have previously appeared in Tekken 2 and Tekken 3. In addition, there is a boss character, Unknown, who is similar to Tekken 3's Mokujin in that she can randomly imitate any character's fighting style, albeit she is able to change her style any time during the fight. The PlayStation 2 version added enhanced graphics and various modes, including 1-on-1 mode, in which players only choose one fighter each, and Team Battle, where players choose up to eight battles and play with the tag rules, with each new character replacing the one that was defeated (the remaining fighter must fight on his/her own). Also featured is "Tekken Bowl" mode, a bowling minigame where each character has different attributes. 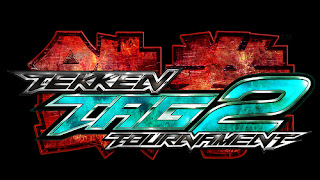 As in the original Tekken Tag Tournament, matches involve each player selecting two fighters to fight with. Players are able to switch their fighters out at any time, allowing the inactive character to gradually recover some life they might have lost. At certain points, an inactive character's life bar may flash, giving them a temporary boost in strength if they are tagged in. If the life bar of either of a player's fighters runs out, that player loses the round. If time runs out, the player who has the most cumulative life remaining amongst their fighters wins the round.

The gameplay expands on the tag mechanics featured in the first Tekken Tag, allowing for extended tag combos and combined moves. New techniques include combined tag throws which, if timed properly, can be escaped from. Tag combos (referred to as "Tag Assaults") can now be done simultaneously with both characters participating in the combo at the same time. The game inherits gameplay features from Tekken 6, such as "Bound" hits (hits that slam an airborne opponent to the ground and stun them so combos can be extended) and walled arenas. Character customization is also featured, similar to past Tekken games.

Namco is trying out alot of new ideas with this game. The gameplay reminds me alot of Tekken 5 :DR, however I am not a fan of the invincible moves that were added. Its a good game and a great choice for people who are new to the Tekken series.

Tekken Revolution takes the series to a new way of playing. Various new mechanics are introduced, such as Special Arts and Critical Arts moves designed to help new players. Bound, the mechanic where characters can be staggered to allow more chance to inflict additional attacks have mostly been removed, with the only way to activate it is through stage interactions, such as falling through environments or breaking through walls. For the first time in the Tekken series, a stat-upgrade feature is implemented, in which players can spend Skill Points (4 are awarded every time you level up) to increase your character's: Power (attack strength); Endurance (health gauge) and; Vigor (chance of landing a critical hit or entering a Rage state, determined by the difference between you and your opponent's Vigor). Series staple modes such as Arcade mode return, where players battle against AI opponents, as well as Online Mode, where players battle each other through online Ranked and Player matches. Practice mode, which was absent during launch, was added as update, as was the option to deactivate the character's stats during Player Matches as well as various costumes and added effects, which can be bought through PlayStation Store.